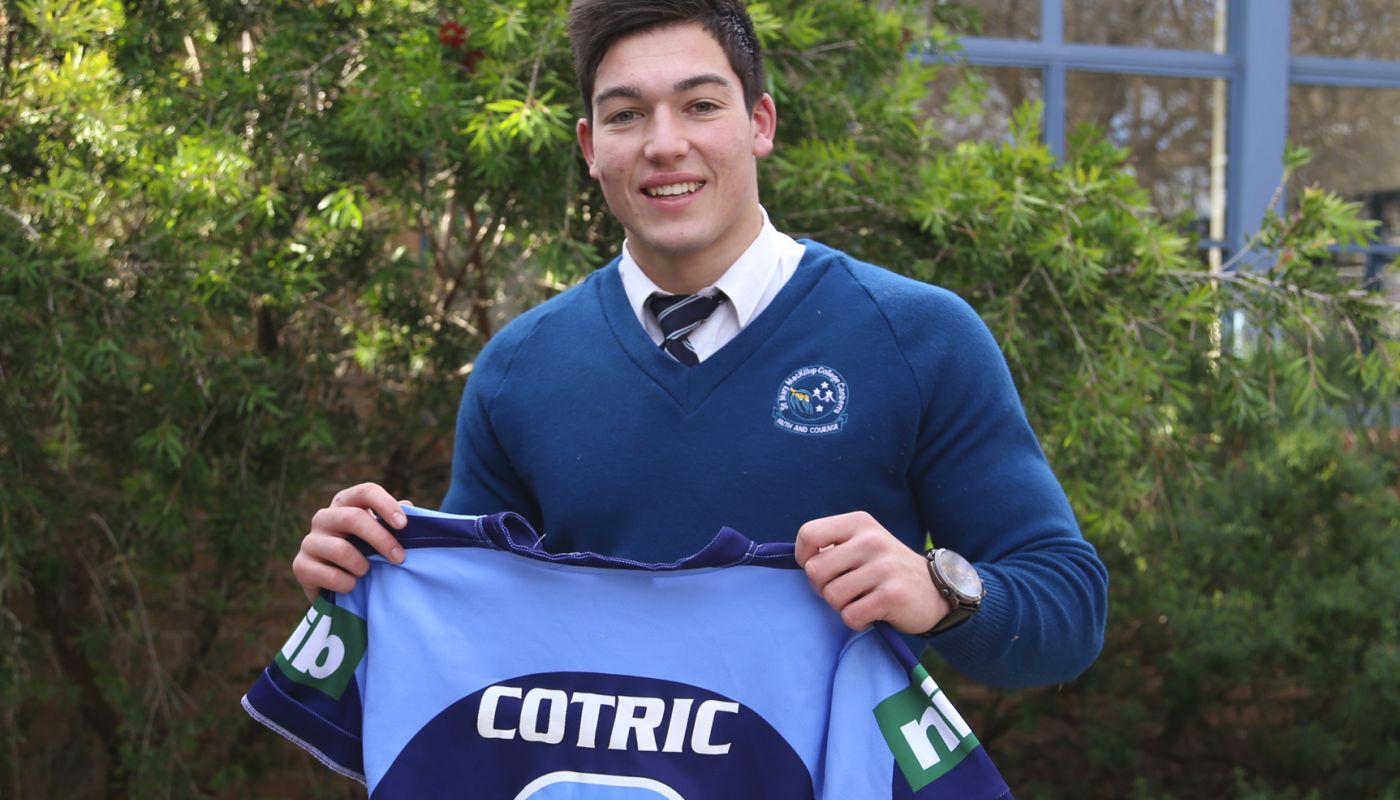 Congratulations to Nick Cotric of Year 10 who played for the U16 NSW State of Origin team in the curtain raiser to Origin I at Brisbane’s Suncorp Stadium on 28 May.

Nick was selected for the team after a successful summer season with the Canberra Raiders’ U16 team and a series of trials earlier this year.

Only a last-ditch ankle-tap denied Nick from scoring a spectacular 70m solo try that would have handed NSW victory as Queensland held out to win 22-20.

Nick, who was selected on the wing despite usually playing fullback for the Raiders, said he was grateful for the experience.

“The experience was crazy,” he said.

“It was faster and more physical than I’m used to, especially in the first 15 minutes.

“Playing at Suncorp was good, and I learnt a lot, especially from the coaching staff.”

It was another massive achievement for Nick, who was selected for the U15 Australian merit team last year following an impressive showing at the 2013 National Schoolboys Championships.

Nick said his selection in the NSW squad was another step in chasing his ultimate dream of playing in a First Grade State of Origin series.

“My goal is to play first grade for the Raiders, but to play Origin one day would be a dream come true,” he said.

In the lead up to the match, Nick participated in a three-day training camp before being presented his playing jersey by NSW First Grade representative Will Hopoate the night before the game.

Nick will now turn his attention to the 2014 Schoolboys Championships before he prepares to play for the U18 Raiders in next season’s SG Ball Competition.