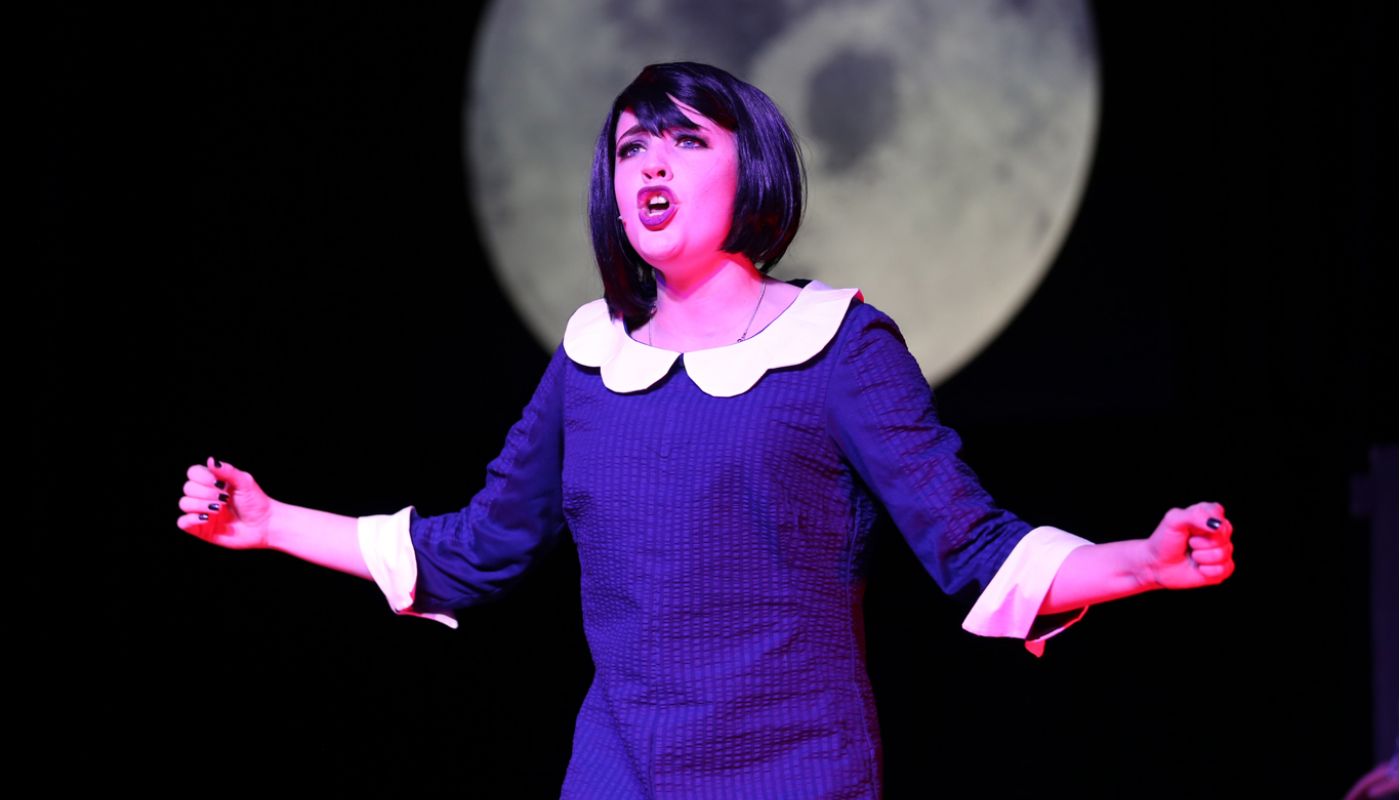 Courtney won the CAT Award for Best Youth Actess in a Featured Role in a Musical for her portrayal of Wednesday Addams in MacKillop's 2014 production of The Addams Family.

Courtney's singing, dancing, and acting skills over the course of four shows made her a truly worthy recipient of the award, with her performance contributing to the overall success of The Addams Family. The Addams Family received widespread praise, with many suggesting it the best musical production in the College's history.

MacKillop's stocks in performing arts have been on the rise in recent years, with a number of CAT Award nominations. In 2013, the College won CAT Awards for Best Costume Design and Best Director for the 2012 musical, Seussical Jr.

Preparations are already in store for the 2015 musical, Legally Blonde Jr, which will take place in August.

Once again, the College congratulates Courtney for this outstanding achievement. Congratulations also to the whole cast and crew of the Adddams Family. We look forward eagerly to Legally Blonde Jr in August!